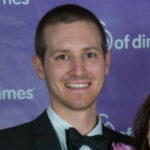 I wanted to let you know that I will be attending CRNA school at Texas Wesleyan University this fall and book were major contributors. I wouldn’t have even applied to my school had it not been for your spreadsheet! Thanks for all this information.

At first I thought the cost of the spreadsheet was a bit steep as I had begun compiling a much more primitive version of my own spreadsheet. However when I read a tidbit from your website that said something along the lines of “if it saves you from applying to one unnecessary school then it pays for itself” I knew it would be worth its weight. The cost was well worth it because I had transcripts coming from seven different schools, so I’d already be saving myself $50 without even paying an application fee!

I was able to eliminate many schools that I initially thought were viable options prior to having the spreadsheet. Everything was amazing, but the feature I liked best was the ability to sort the schools by columns.

I’ve already recommended this product to many of my co-workers who are struggling to get into school. However most of them are hung up about staying in Minnesota which drastically limits their options. Clearly they don’t want anesthesia school as hard as I do.

I had a terrible GPA from a previous bachelor’s degree. Because of this I had to take numerous classes I never dreamt I could get through (specifically O-Chem) to boost my GPA and accepted into one of them!

I was having a hard time choosing schools, and navigate the interview process.

The spreadsheet was very easy to use and follow. I used it to find 4 schools I am applying to this year… which require no GRE 😉 I loved using the filters.!!! 😉 I have already recommended it to 2 co-workers). Thank you sooooo very very much 😉

I found the Spreadsheet very helpful at seeing the big picture of all the possibilities in one easy location. The most valuable feature was being able to compare and contrast details. I would very much recommend this product to others, as it gives people an idea of what their next steps are.

Since buying the spreadsheet (April 2016), I applied and was accepted 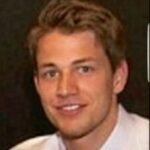 When I bought the CRNA Searchable Spreadsheet, I found mostly everything i needed to know about CRNA schools. I would recommend this to anyone who is interested in going to CRNA school.

Since buying the spreadsheet (April 2016), I applied and was accepted. Now I’m an SRNA!

The spreadsheet allowed me to find the schools I wanted

The spreadsheet allowed me to find the schools I wanted. I ordered them by price, and various other characteristics to narrow down my search. It helped me to see if there were unusual prerequisites like graduate statistics. I would definitely recommend this as a great tool for searching programs..

I was a little hesitant to buy this because of the cost, but it turned out to be worth it after only a few hours

I guess I was a little hesitant to buy this because of the cost, but it turned out to be worth it after only a few hours of trying to gather all of the information myself. It was and everyone it would be relevant for. I hope to be applying to schools in the the next two years.

The spreadsheet is wonderful! I am in crna school because I found my school from the spreadsheet. What I loved most was The condensed form of being able to search for schools that require GRE and if it wasn’t for this site I wouldn’t have found my school.

A great product that I would recommend to anyone

The searchable spreadsheet is an Excel document that is easy to use and is full of valuable information. It is a great product that I would recommend to anyone.

Seriously a thing of beauty – I love it!

I bought the searchable spreadsheet in February of 2015. It has so much information and is so sortable; seriously a thing of beauty – I love it! I recommend it to everyone in the ICU thinking about going to CRNA school.

I love the spreadsheet because it showed me that the schools in my state (CT) are very competitive!

I love the spreadsheet because it showed me that the schools in my state (CT) are very competitive! I liked that I could sort by any category, and select only schools with certain criteria, ie state. I would definitely recommend it, especially if you want to move or are not a competitive student. 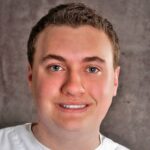 I’m grateful that I understood the value that the spreadsheet brings in terms of allowing me to make an informed decision on which schools to apply to. As a result of buying the spreadsheet, I found that not only is CRNA school a viable option for me, but it can be done without sacrificing large amounts of time and money looking for the right fit.

My favorite feature was being able to rule out schools based on criteria that I did not meet. I would recommend this product to anyone who is even considering going to CRNA school; especially those who think they don’t have what it takes to get into a program.

Thanks for the hard work you put into this information.

All in all a great guide and resource

The Insider’s Guide to CRNA School Admission had everything I need to organize in order to apply to a CRNA program. I especially appreciated the example interview questions. I recommend it to anyone applying or thinking of applying, as it helps prospective CRNA students get all their requirements in order. All in all a great guide and resource.

Before I found your website I had started making a spreadsheet of schools I was interested in based of the COA of Nurse Anesthesias’ website. When I discovered your website I realized you had done the same thing but in greater detail and for EVERY school. I’ve recommended this spreadsheet to others, one of which has successfully gotten into CRNA school. Your spreadsheet helped me eliminate schools as well as consider schools I hadn’t thought about previously. Thank you for doing the hard work for me!

The absolute BEST tool for prospective CRNA students Barr none! 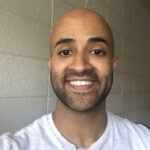 I absolutely LOVE the school finder spreadsheet. It provides concise information about the various CRNA School’s admissions requirements, acceptance rates, tuition costs, area vibes (liveability score of the city in which the program is located), and much more! That said, the best tool All-CRNA-Schools provides potential CRNA students is Joy Haley herself. Joy has personally responded to my individual inquiries herself (not a bogus chat robot). Additionally, she has helped to lessen my anxieties about applying to schools while providing valuable guidance. It has become apparent to me that Joy has a heart of gold and is genuinely passionate about helping prospective CRNA candidates get over the hill and achieve their goals. Thank you, Joy!

I believe this is one of the best resources you can use to help guide your steps as you go through the process of deciding what universities fit your profile or how you can develop your profile towards that university. Highly Recommended! Joy has been such a blessing. I did get into CRNA school with the help of this resource. Thanks, Joy! 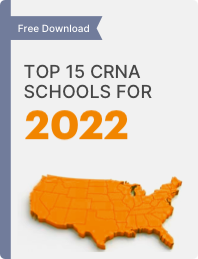