Home » How Hard is CRNA School? Is it Worth Your Effort?

Rumors abound about the horrors of CRNA school. Can they be true? How hard is CRNA School, anyways?

Since “hard” is such a subjective word, let me tell you what you can expect from a nurse anesthesia curriculum, and you can decide for yourself if it’s worth the effort.

Your experience will be subjective as well, depending on a host of factors that vary from student to student and from school to school.

In fact, the CRNA school you attend will have a huge impact on how “easy” or “hard” CRNA school is for you.

But before I get to those differences, let me tell you what makes CRNA school so tough.

3 Reasons Why CRNA School is Harder than Nursing School.

1. First, you are expected to have a higher level of understanding of each concept in an anesthesia program.

Whereas in nursing school, you could pass the test if you could only remember the right answer, in an anesthesia program, you will need to know WHY and you won’t have time to look up the answer. As a CRNA, you won’t have coworkers to depend on, so you’ll need to be the expert.

2. The second thing that makes CRNA school harder than nursing school is the sheer VOLUME of information you are required to learn in a short period of time.

They say it’s like drinking out of a fire hose. Only you’ll need to remember everything that came out of that hose. You’ll need a solid method of studying that allows you to retain what you learn with less effort. The study methods you used to get by in nursing school may or may not be enough. (I’ll write a page on this later, but in the meantime, if you’re looking for the absolute most efficient way to study, search any of the following keywords in YouTube and you’ll thank me later: spaced repetition, active recall, anki or quizlet).

3. The third component of CRNA school that makes it more challenging than nursing school is the # of hours each week you are committing yourself to. 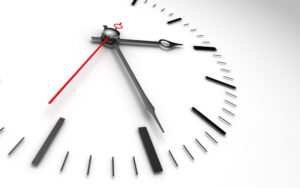 The schedule can get crazy. Some semesters will allow you to maintain a sense of normalcy (especially towards the beginning of the program), but during other semesters, you’ll need to kiss Netflix (and time with your family) goodbye.

Those were three aspects of nurse anesthesia schooling that are universally hard, no matter who you are, or which school you go to. To complete the topic of “how hard is CRNA school”, let me share with you the most common reasons SRNAs don’t become CRNAs.

When CRNA School is Too Hard

The most common reason why CRNA School is too hard is academics. Most students who fail out after they get their second “B”. In one popular program, there is a certain class where your final grade is made up of two exams. Do poorly on either exam and you’re put on probation.

When Sarah contacted me, she was in tears over scoring a 91.4 in one of her didactic courses. A passing score for her would’ve been a 92. Once her grade was posted, she was asked to leave the program, and there was nothing more she could do.

If academics have bested you in the past, what will be different this time? How can you be sure you can pass such a challenging program?

Parents or loved one passed away during the program.

For Greg, the grieving process was too much to go through during the rigors of school. CRNA School became too hard for him after the unexpected death of his father, who he was very close to. He was given a 6 week extension to submit his capstone project, but it wasn’t enough time. His grief was so heavy he could not bring himself to finish the project. He had already accepted a job, but was ultimately not allowed to become a CRNA. He later submitted an appeal to the board, but was unable to get a second chance.

Have you ever experienced a loss of this magnitude? With a pandemic surging across the US, this is no small consideration.

Paul’s relationship with his spouse was not strong enough to weather the storm of intense workload. His marriage erupted in the midst of an 80 hour work-week; it was too much to juggle and it all came crashing down. If you are married, what will you do to protect your marriage during this time of high demands?

Cheryl wasn’t prepared to pay for the program and her credit was maxed out. With no other options, she dropped out of the program to continue working. How will you prepare to go 2-3 years without an income?

Rebecca went to a school out of state – away from the support of her family which she was quite close to. She wasn’t able to complete the program without her family close by. She was overwhelmed with loneliness and felt homesick.

Conclusion to “Is CRNA School Hard?”

After reading about how nurse anesthesia school is harder than nursing school, what do you think? Is it worth the effort? If you were accepted into a program, would you be in danger of leaving or being kicked out part way through?

What can you do ahead of time to better prepare for this challenge?

With so much riding on this decision, can you afford to get it wrong? We’ve prepared a tool for you that allows you to compare all CRNA Schools with each other to determine which are worthy of your application, and which will give you your strongest chance of acceptance.

It is our #1 resource on All-CRNA-Schools.com and has been since 2013.

In the end, instead of asking “how hard is CRNA school”, you might be better off asking “is CRNA School worth the effort for me?” It’s an entirely different question, but it might get you closer to the answer you’re looking for.