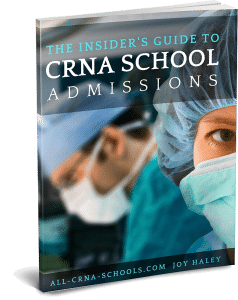 Does it matter which CRNA school you go to? for example, schools in Massachusetts and Maine are between 50-70k for the program. Schools in Connecticut are 14-19K, huge difference. Am I missing out if I end up going to Connecticut?

Comments for Why are some CRNA schools so expensive?

Jan 17, 2011
Price does not effect quality
by: All-CRNA-Schools-Joy

When you’re considering how much money you’re willing to pay for CRNA school, it’s really important to know what exactly you’re paying for.

Many are surprised when they learn that when it comes to CRNA school, what you get isn’t always what you pay for.

To be honest, I haven’t yet heard of a CRNA School that’s self supporting. That means that when you pay your tuition, you’re not paying for the school to run, you’re simply supplementing the cost of running the school.

So if you’re not paying for CRNA school, who is?

If you’re going to a state school, then tax payers are paying for it to run, which is why residents of that state will pay a lower tuition than students who are out of state.

If you’re going to a private school, sometimes the money will come from the religious organization that founded the school (catholic or christian church) but more often, it comes from alumni of the school and anesthesiologist groups.

Why is all of this relevant?

This means that there is not a direct correlation between the quality of education you receive and how much you pay for it!

A professional bourgeois can make sure that your tax returns are correct and adapt to the standards made public by the tax department. Hiring an knowledgeable Tax Accountants Leeds for the aim of tax consulting goes to save lots of on your precious time, which might else move into getting ready the forms and tax documentation.

Armed Security Guard – At GuardNow Security Guard Services, our highly trained armed-security guards serve as the foundation of our success and client satisfaction.

Join in and write your own page! It’s easy to do. How? Simply click here to return to CRNA Schools and Money.